The Demise of Factor Investing 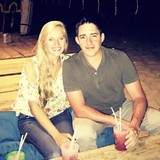 It is by all known my aversion to static publicly available investment strategies, as I think and have been proven right looking at the return of smart beta strategies, that any rational risk premium resulted from exposing a portfolio to different risks must be in the long term necessarily decoupled by the prompt adoption of such metrics as a reference of performance.

That does not mean that premium ceases to exist, rather it means that the factor model adjusted R squared should massively vary between periods and data samples eliminating the validity of the model as a source of evidence of market returns.

That is, in the long run the spread between a simple CAPM model and a more complex multifactor model should be able to be represented by a stationary time-series. There should be no significant advantage derived from using complex models rather than a simpler one to explain returns.

Multifactor modeling as we know it, started with the creation of the CAPM model by Sharpe’s “Capital Asset Prices: A Theory of Market Equilibrium under Conditions of Risk”, followed by a different perspective to explain other than market premium by Ross’ APT model “The arbitrage theory of capital asset pricing” and then finally enriched by the Fama-French three factor model as well as Cahart four factor one adding momentum.

To better understand the implications and criticism to the CAPM extension vs. CAPM, it's a must to read the following interview with Sharpe:

All of the previous models have been extensively covered by academic literature and there have been numerous proofs of their validity to explain market returns in a country basis and across numerous periods. Nevertheless the validity to explain market returns depends heavily on the parameters used to configure the models, and their ability to actually be applied as a successful tool to enhance returns is not well proven.

As Black said, if there existed a large enough number of analysts looking at the market for factors, there could be some that could be found. That wouldn't mean the factor is robust and works as a model in the future. Such assertion was tested by Ferson, Sarkissian and Simin in their excellent paper “Spurious Regressions in Financial Economics?”, where it was found unlikely for such models to work out of sample.

Moreover, taking into consideration operational issues and investor objectives, Sharpe, wrote the following paper to further apply the CAPM model to a long only portfolio of assets:

Which implies that “there might not be a linear relationship between expected return and beta”.

Others have suggested that such models' results are highly dependent on the period chosen. This is empirically evident, as studies suggest the model’s adjusted R-squared change dramatically when tested under extreme volatility scenarios. The implication is that certain risk factors are explained not by the model but by price anomalies, which occurrence relates to behavioral factors affecting investors, and such factors should be immeasurable, thus configuring an important inexplicable source of beta in the model.

This inexplicable source of beta, has been attempted to be explained in more than 300 papers during the past years identifying an increasingly high number of sources of risk, which is just an effect that taints the name of those that researched the models here treated, as most of the papers, if you read them (which I don't recommend you to), are the result of confirmation biases while data mining.

This is mostly why I have stopped reading new papers concerning factors or attending any other than those proposed by the excellent academics commented in this brief article.

This is something we will consider in further paragraphs, as it is a very important point when dealing with the configuration of investable products following predefined factors.

Empirical evidence nonetheless implies that the use of the Fama-French model could in fact be better than CAPM, although the factor reliance might change over geographical areas and time periods.

An example of this empirical evidence is the book to market ratio significance in Japanese stocks in the Chan, Hamao and Lakonishok study “Fundamentals and Stock Returns in Japan”, although it's interesting how sector and macroeconomic fundamentals may have impacted and caused the use of other factors such as cash-flow yield exceeding the significance of size.

Conversely, we can see that there are also negative studies such as “A Respecified Fama French Three Factor Model for the Eastern European Transition Nations” by Foye, Mramor and Pahor, where the 3 factor model had to be highly amended due to the poor results while explaining returns in the Eastern European countries.

Nevertheless, although the conclusions might be mixed and dependent in exogenous factors and externalities that can’t be measured (even being risk premium explained by price anomalies rather than consistent factors by themselves), the models can explain past returns effectively when accommodated to do so.

This accommodation is what makes me doubt about the validity of the tenants of quantitative factor investing, as robustness does not need optimization; rather, it works in any circumstance and when it does not, that risk should be captured by the risk premium.

Challenges of the Application of Market Factors into an Investable Portfolio

Currently the best firm out there that invests according to factors is renown for educating its clients towards them having an assertive behavior when investing. This education process is vital for the firm to have a consistent track-record and for the investors to achieve their objectives.

And the reason why investors are treated this way is because the distortion on a fund performance caused by transaction costs is major if there are continuous subscriptions and redemption requests. Factor investing has to be considered a long-term investment where risk premium is ultimately achieved due to an increase in risk.

The increase in risk is represented by fat-tails within the distribution of returns. Trimming the distribution randomizes the consecution of the desired premium as the investor never knows when the excess return is going to come. Thus maintaining the position until the return achieved is in consonance with the model is a must if the investor desires to perceive the pursued exposure.

Nevertheless, not all firms educate their clients in long-term investments. Normally investors have a short-term mindset and are subject to strict risk aversion, implying that terms such as “Smart Beta” may lead to confusion on what the strategy really is. To keep it simple, Smart Beta should never be considered as a return enhancer/risk reducer, rather as an alternative source of risk-adjusted returns. And these risks are subject to externalities, distortions, and periods of high volatility for which the investor is deriving the risk premium.

This makes that factor exposure change from time to time as positions, the market and the macroeconomic conditions of countries change. Certain factors then may not perform as they should, simply because they are affected by externalities that suppress or augment their intrinsic risk in different ways.

Knowing this, it is understandable Malkiel’s comments on Smart Beta and why some outperform:

It’s also worth knowing that while indexing for Smart Beta, the backtest of such index is taken normally as the best of multiple backtests. These multiple backtests are the result of the sensitivity that factor strategies have to the actual parameters that compose the models.

Harvey and Liu describe this problem in their paper “Evaluating Trading Strategies” where they say,

“The multiple-testing problem greatly confounds the identification of truly profitably trading strategies and the same problems apply to a variety of sciences. Indeed, there is an influential paper in medicine by Ioannidis [2005] called “Why Most Published Research Findings Are False.” Harvey et al. [2014] look at 315 different financial factors and conclude that most are likely false after you apply the insight of multiple testing.”

You can find the excellent paper analyzing the existing “discovered” factors in the next link:

But the reason I can’t stand Smart Beta strategies is the fact that they have a public methodology guide. Anyone can see the rationale behind the strategy and factors. If the strategy starts to outperform, the investors will adapt to this fact and the validity of the factor as a feasible component for a model will be voided.

This conclusion is not only mine, as I have seen it happening many times with active strategies reversed engineered. The paper of Mclean and Pontiff make a study about this fact:

Many other authors have seen this decline.

Solution to such problems

As you might know, we have launched with ETFmg the Rogers AI Global Macro ETF. The index behind that ETF is a quantitative/qualitative factor based model assessed by the Cassandra artificial intelligence. We use artificial intelligence to isolate the exposition to macroeconomic factors when the cost of opportunity of maintaining a position in the equity market is higher than the risk of the market starting to enter a bear phase provoked by a discrepancy in valuation vs. price.

I believe that a dynamic-non-transparent way to reproduce a factor strategy is the way to not to undermine the investment and maintain risk-adjusted returns, diminishing the effects of externalities and distortions. 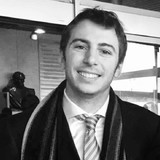 “If I wrote a book about a strategy that worked every month, or even every year, everyone would start using it, and it would stop working. Value investing doesn’t always work. The market doesn’t always agree with you. Over time, value is roughly the way the market prices stocks, but over the short term, which sometimes can be as long as two or three years, there are periods when it doesn’t work. And that is a very good thing.”