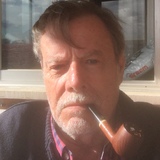 How close was the American banking system to collapse? Paul Kanjorski (Democrat congressman for Pennsylvania, and chairman of the Capital Markets Subcommittee) gave a melodramatic account on TV of the near-meltdown of American banks in the wake of the Lehman bankruptcy.

Kanjorski claims to be repeating an account of events given to him by US Treasury Secretary Henry Paulson and Fed Reserve chairman Ben Bernanke: On Thursday [18 September], at 11 a.m. the Federal Reserve noticed a tremendous draw-down of money-market accounts in the US; [money] to the tune of $550 billion was being drawn out in the matter of an hour or two. The Treasury opened up its window to help and pumped a $105 billion in the system and quickly realized that they could not stem the tide.

We were having an electronic run on the banks. They decided to close the operation, close down the money accounts and announce a guarantee of $250,000 per account so there wouldn’t be further panic out there.

However exaggerated the details, panic undoubtedly gripped the Treasury and the Fed at the time of Lehman’s collapse. Without a comprehensive bailout plan ‘we may not have an economy on Monday’ Fed chairman Bernanke told Congress on Thursday 18 September. 11 Mervyn King, governor of the Bank of England, declared that ‘Not since the beginning of the First World War has our banking system been so close to collapse.’